1/2 major (back)
Yamori A (lit. "Gecko A" in Japanese) is one of the unused colossi that did not make it into the final release of the game.

Fumito Ueda briefly mentioned Yamori A during an interview in the artbook about the 8th colossus, with the quote: "There was actually another colossus of a similar type".[1]

Yamori A was similar to the 8th colossus, with it also being a gecko. Although unlike its counterpart, the top part of its body was covered in fur and its legs were armored. Its feet had three toes and its tail was split into three parts. Its face, while textured differently, had the same shape as that of the 8th colossus, likely as a placeholder.

The texture segment of Yamori A's model from the PS3 data sheets lists many different textures for the colossus, while the version shown in the artbook image only seems to have three aside from the fur textures. This might suggest that the model changed significantly from what's shown in said image. A texture segment named "izu_yamoriA_test" lists all three textures from the picture, except for the fur. It would seem that the screenshot shows a slightly more advanced iteration than the model listed in "izu_yamoriA_test", while still being far from its final design.

The full version of the Nicknames Interview with Fumito Ueda, originated from the December 2nd, 2005 edition of Famitsu has him briefly go over Yamori A's strategy while talking about the 8th colossus.[2][3]

"We called it Yamori, but there was actually another colossus of a similar type. It was a colossus that'd chase you while you were climbing the walls, and the strategy to defeat it was to grab onto its back with a backward-jump. I figured it'd be pointless to show the same thing twice, so I narrowed it down to one."

Instead of dropping it on the ground, Wander would need to lure it up the wall and jump onto its back, killing it by stabbing the sigil(s) in there. Besides that, it's unknown what else this battle entailed.

One possibility is that it did not shoot any projectiles, as there's no model texture segment named "yamori_a_breath_ball" in the PS3 sheets, only having one named "yamori_b_breath_ball". Although it's also possible that Yamori A didn't use a model for it, and it was a script animation similar to the 5th colossus' breath attack found in the E3 Demo. However, no script animations for Yamori A's breath attack are listed in the files from the versions available, making it impossible to determine if Yamori A ever had it.

Yamori A lived at B3, in the unused arena named Sluice.

A lot of team effort by the community digging into the files led to several pieces of evidence being unearthed surrounding the quadrant B3, Sluice and Yamori A.[4] Such as Sluice's chip data, which reflects the models placed in the quadrant, matching perfectly with the low resolution texture of early B3, the textures shown in one of the beta images of B3 matching textures listed under the Sluice's texture segment in the data sheets, and an object named "yamoriA_hill" which contains textures that match with another object, named "sluice_rock".[5] 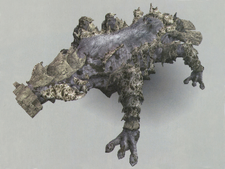 Yamori A as shown in the artbook. 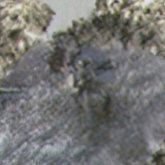 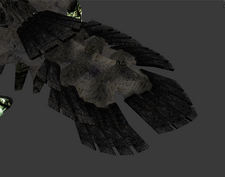 Tail from the E3 Demo version of Kuromori. It is separated unlike its final version. Notice how it resembles the one from Yamori A. 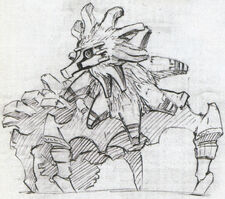 A sketch for a gecko colossus resembling an axolotl. It's possible it depicts Yamori A.

Yamori A's textures, most of them are not in any versions available. 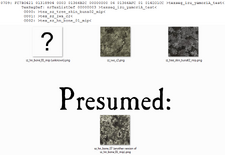 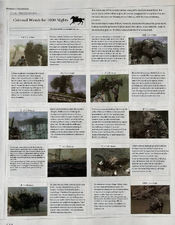 The famitsu extended nickname interview, it includes the extra information on Yamori A. Scanned by Dzetawmd and translated by Kepekley23‎.