This article is a stub. You can help Team Ico Wiki by expanding it. 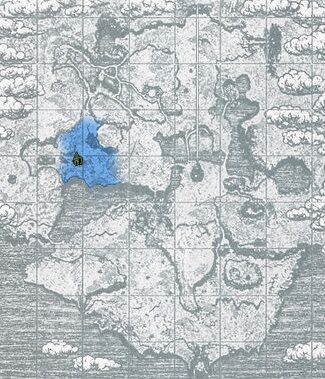 The Western Plain is a location in Shadow of the Colossus that is located east of the Shrine of Worship and is near Basaran's and Dirge's lairs.

There are two fruit trees within this expanse. One is to the south and a little to the west of the prayer shrine, found on the map (at right) at the left of the two, southerly cliff protrusions. The second fruit tree is around the right-most border of the shaded area on the map, directly east of the prayer shrine. Despite that this region and the surrounding lands (including the Stone Bridge Cliff shrine) are relatively barren, three lizards can be found scurrying nearby.