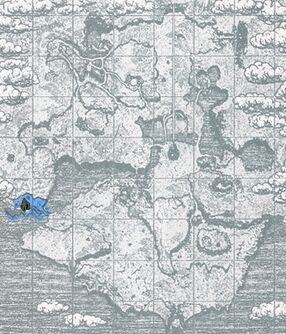 The Western Cape is a shrine and area of the southwest Forbidden Lands. The shrine is located along the cliffs overlooking the southern seas in the southeastern corner of quadrant B5.

As always, a white-tailed lizard can be found on the save shrine. The lizard near the Western Cape's shrine, however, is more often running around on the grounds slightly to the north.

Of particular interest is a lengthy section of beach that fans of Ico have taken interest in; the sandy shores are oddly reminiscent of the beach from that game's final few minutes. Whether it is a throwback to longtime fans or simply an extra detail of terrain is a decision that rests with the player. Gulls can be seen flying around the beach in the distance.

In the PS4 remake of the game, a small watermelon was placed on this beach as an easter egg of the Ico "watermelon ending."

The E3 Demo version of the beach is much different compared to the final one, featuring a landscape reminiscent of much earlier builds, and a higher ocean level.

The beach from afar... 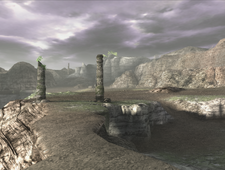 The bridge that leads to Western Cape, with towers not seen in any other version. 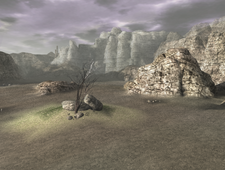 Western Cape at B5, in the way to Dirge's arena. 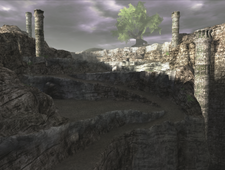 The unused towers in the E3 Demo, very similar to the early official picture. 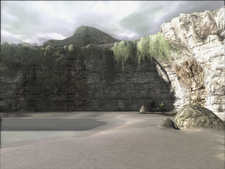 The beach from the E3 Demo version, the ocean level used to be much higher. 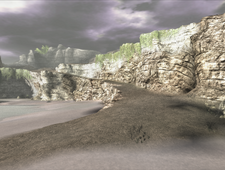 The path that leads to the beach. Note the size difference between the top of the cliffs and the sand. 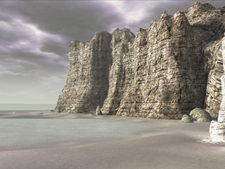 Western side of the E3 Demo beach. 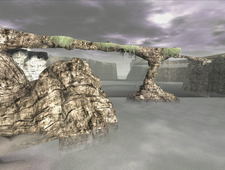 Eastern side of the beach, with a bridge completely different than the final version. 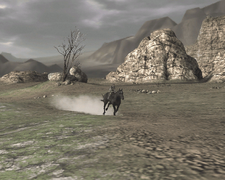 Old picture showing B5, on the way to Dirge's arena. 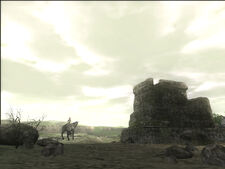 Turret-like structure located close to where the save shrine is now. 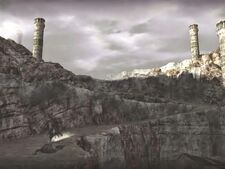