The Valley Plain is located near Kuromori's lair. It is also close to the Southern Plains. Much of the Valley Plain is absent from direct sunlight, making travel somewhat difficult. The only two spots of interest are the save shrine, accessible upon entry, and the mesa where the eighth colossus lives.

The greenery-covered mesa that lies in the center of the Valley Plain is where the eighth colossus is found, trapped in what could only be described as a colosseum. A small opening, just big enough for Agro to enter, is the entrance to the inside of the closed-off area. After following a narrow path, passing a few waterfalls and streams, there will be a massive lake, and on the other side will be the entrance to the colosseum ruins. The area will be full of life, and have some fruit trees, lizards, and even fish in the lake. 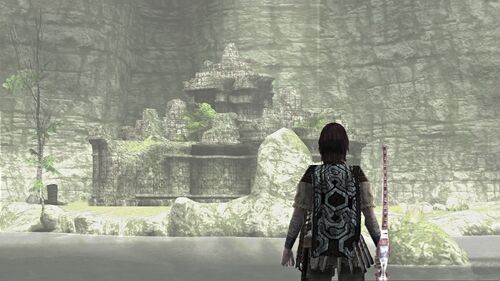 A closed-off area with a lake next to the ruins that lead to Kuromori's lair. 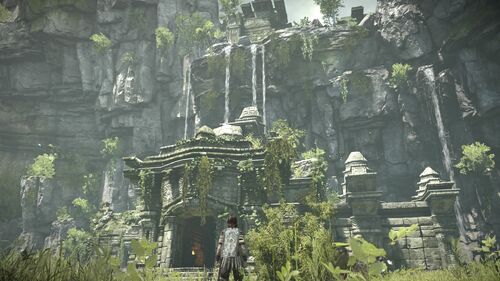 The ruins that lead to Kuromori in the PS4 remake