In the Boy's debut appearance in The Last Guardian he is pursued by many enemies; he must work together with Trico--a huge, hybridized beast--to escape the beautiful world in which they awake so as to return to his home village.

The Boy is most notable for being the first, known individual to befriend a Trico-beast, as well as for ending the Master of the Valley's control over the other Trico-beasts within and outside of the the Nest.

Looking to be a boy of approximately ten years old, he stands at a typical height for that age (around 1.12 meters/3.67 feet) and has dark hair, dark eyes, and olive skin. He wears a white and black robe with an orange shoulder piece. One of his most distinct features are the intricate tattoos all over his arms, torso, and neck, with a few markings on his face. The Boy did not have these marks before being taken from the village; rather, these tattoos first appeared when he was regurgitated by Trico, and they increased in complexity every time he was regurgitated.

The Boy wakes up in a strange cave next to an enormous, injured beast named Trico. After the Boy compassionately treats the beast and feeds it, the two set out together to find a way out of the catacombs, only to emerge into the world above, a massive, inescapable valley called "the Nest," filled with rotting castles, temples, and dizzying bridges.

It is revealed that the Boy, along with countless other children, were kidnapped from his village far away from the Nest by Trico itself and its armored companions. It was meant that he be brought back to the Nest to be consumed by Trico's evil master, a being known as the Master of the Valley. However, the control was fortunately broken over Trico, allowing the beast to bond with the Boy and become his guardian.

Combating enemies along the way, the Boy and Trico find their way to the Citadel, the tallest tower in the Nest where the Master resides, and destroy it. Trico returns the boy to his home village and the two part ways. The Boy, now grown into a man, concludes the telling of their "extraordinary story".

The Boy, while prone to fear like any human, is very courageous, curious, and compassionate. He bravely battles his way through the challenges, even without Trico to help him in some cases, he cleverly solves the many puzzles, and he always cares for his giant, feathered friend. This comes in the form of finding food when Trico is hungry, removing spears from its hide, and calming it after a battle, or even just pampering his ally with affection.

Of particular interest are the many tribal tattoos covering most of his body, including the back of his hands and fingertips. These tattoos, which resemble the tattoos of the Māori and Samoan people, suggest the Boy may have come from a similarly tribal village. 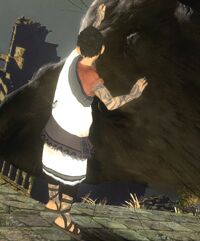 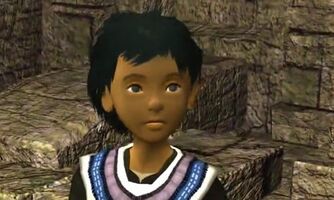 A different version of the Boy from the leaked trailer; note his different outfit. 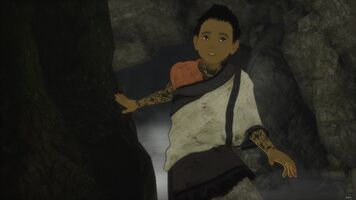 The Boy as seen in the final game. 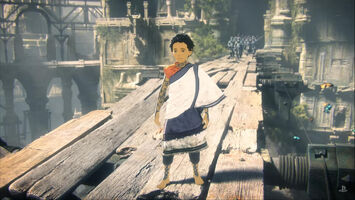 The Boy from a 2016, cinematic trailer; note how he resembles his earlier design from the longer hair. 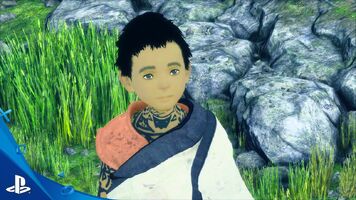 The Boy from an in-game screenshot by PlayStation. 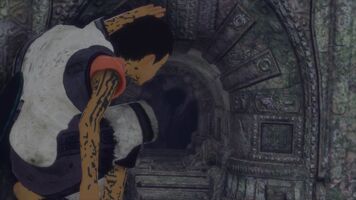 The Boy crouching down to speak to Trico 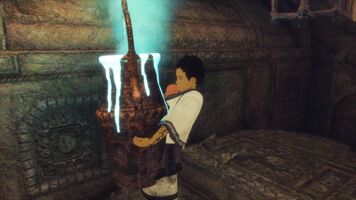 The Boy carrying a hanging crucible 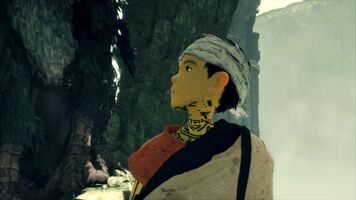 The Boy dressed as ICO
Add a photo to this gallery

Retrieved from "https://teamico.fandom.com/wiki/The_Boy?oldid=19550"
Community content is available under CC-BY-SA unless otherwise noted.