Temple is the developer name given to the arena of the 1st colossus. The name refers to the ruined temple at the end of it.

It is a misty valley surrounded by high walls. The only man-made structures are the ruined temple and the ones seen in the pathway at the entrance of the arena.

The arena is located at the center of the Forbidden Lands, on top of the cliffs seen to the south of the Shrine of Worship, at quadrant F5. 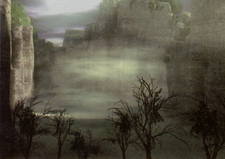 Picture taken from the artbook. 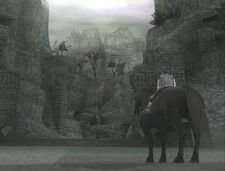 Entrance of the arena. Picture by Nomad colossus. 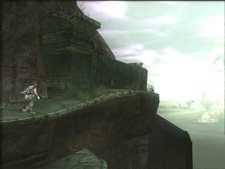 Pathway to the top. 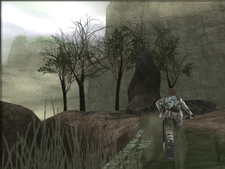 The top of the misty valley. 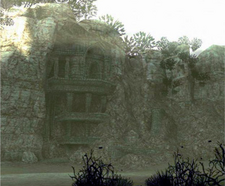 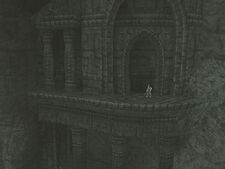 Top of the temple. Picture by Nomad Colossus. 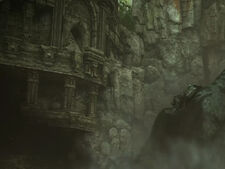 The temple's door blocked by rubble in the PS4 version.

Concept art of the Temple's entrance from the PS4 remake.

Concept art of the Temple from the PS4 remake. 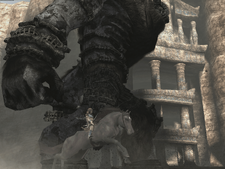 Old version of the temple. 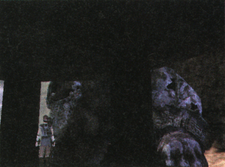 Wander hiding from the colossus in the old temple. 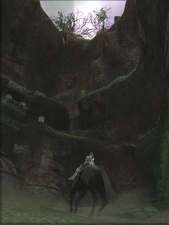 Entrance of the arena from the pre-E3 demo.

Early footage of the entrance to the arena.