Team Ico Wiki
Register
Don't have an account?
Sign In
Advertisement
in: The Last Guardian, Shadow of the Colossus, Team ICO, Ico

See the About page for more about our Wiki's community.

Team Ico (name often stylized as Team ICO) is a video game development team for Sony Computer Entertainment, led by Fumito Ueda. Since their founding in 1997, they have only released three games - Ico, Shadow of the Colossus, and The Last Guardian - but they have gained an increasing amount of attention and respect with each passing year.

Their games are characterized by a very small but endearing and memorable cast, minimalist but strong storytelling, atmospheric use of bloom and HDR lighting, a soundtrack that plays only during cutscenes or battles, fictional spoken languages, a distinctive art style, and strong animation.

At the time of their work on Ico and Shadow of the Colossus, they were part of SCE Japan Studio's Product Development Department #1. Since then, Fumito Ueda left Sony in 2014 to start his own studio GenDESIGN, the group responsible for releasing The Last Guardian.

What follows is a list of all known members of Team Ico, listed in alphabetical order. See the following links for the complete credits for ICO, Shadow of the Colossus, and The Last Guardian, respectively. 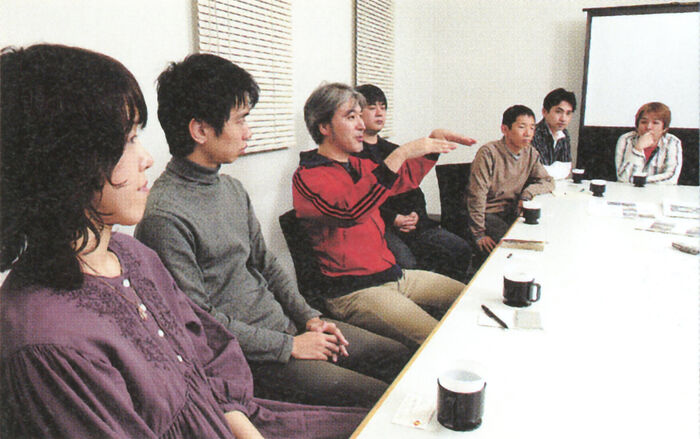 In addition to releasing the games, official art & guidebooks were released separately to further the players’ experience. These books contain concept artwork created during the many stages of a game’s development, as well as a featured interview with the team. As with the ICO Official Guide Book, The Shadow of the Colossus official Artbook and Guidebook was never released outside of Japan. Players have thus made page scans and complete translations of the books so that foreign viewers may also appreciate them. GlitterBerri’s Game Translations is a notable and rather splendid example of a guidebook translation. The Last Guardian: An Extraordinary Story however, was released to a worldwide audience, much to fans’ excitement.

One of the most memorable aspects of each TeamICO game is its music. Where most videogame soundtracks play in every location and level, the music of Ueda’s Trilogy was utilized carefully so that it might make the greatest contribution. Music only plays during cinematics or through an in-game battle sequence and, even then there are long stretches of silence.

Composer Michiru Ōshima was responsible for the creation of ICO's soundtrack, 'Melody in the Mist.' Of the three scores, this is the most atmospheric in nature, only two tracks (Castle in the Mist and You Were There) pulling player’s focus from the visuals. It seems Ōshima’s aim was not to compose a centerpiece but, to delicately round out the other aspects of the game. Track four pleasantly utilizes the mandolin, ukulele and guitar for the game’s main theme.

Kō Ōtani's score 'Roar of the Earth for Shadow of the Colossus is more dynamically tied to the game's story, sometimes pulling back to let the visuals take the light while, at other occasions demanding the player’s full attention. (The contrast between Commandment and Premonition of Revival is a good example.) Unlike 'Melody in the Mist', 'Roar of the Earth' is predominately orchestral, only containing a handful of cues where a flute synthesizer takes the lead. A unique feature of this score is its use of the Bouzouki in tracks such as Prologue and The Farthest Land.

Takeshi Furukawa's score for The Last Guardian, brings everything together by taking the Trilogy full circle. Completely orchestral and featuring a boys choir, Furukawa’s compositions are the most traditional of the three scores, sounding akin to music made for motion pictures. Epic yet delicate, soaring yet weighty, this soundtrack powerfully conveys Guardian‘s haunting narrative without overstating emotion (see End Titles Suite). The dulcimer brings finesse to both moments of danger and refuge.

In April 2009, it was announced that Sony Pictures Entertainment would be making a film version of Shadow of the Colossus, with Kevin Misher (The Scorpion King, The Interpreter) set to produce. As of May 2012, Seth Lochhead (Hanna) was chosen to write the screenplay, and in September 2014, Andrés Muschietti (Mama) was announced as the film's director. Barbara Muschietti, sister of Andrés Muschietti, will co-produce alongside Kevin Misher. Fumito Ueda will act as a consultant for the project.

Currently, there are no plans to make ICO or The Last Guardian into film.