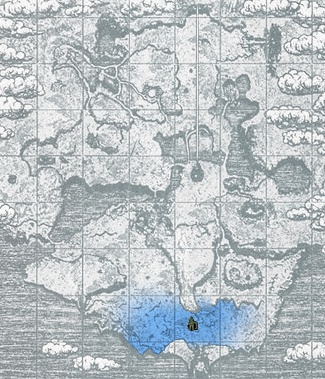 The Southern Plain is a large area in the southern Forbidden Lands with a large number of white-tailed lizards. The area's shrine is located around the middle of the area in quadrant F7. Despite its name, the region contains quite a few rocky hills and cliffs.