The Shaman's Mask is an item gained by defeating 12 colossi on Hard Time Attack. It reduces the damage colossi do to Wander, but it has no effect on the damage he deals to them. It is the same mask that Lord Emon wears and goes along with the Shaman's Cloak and white Agro. 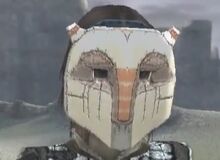 Wander wearing the Shaman's Mask and Cloak while riding a white Agro. 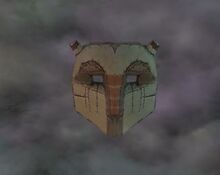 The Shaman's Mask as seen during the opening's narration.
Add a photo to this gallery

Retrieved from "https://teamico.fandom.com/wiki/Shaman%27s_Mask?oldid=17803"
Community content is available under CC-BY-SA unless otherwise noted.