The save shrines (their models being named "Sky Towers") are found throughout the entirety of the Forbidden Lands. Each of these small structures contains a stone tablet (shaped roughly like a PS2 memory card) which Wander may pray to in order to save his progress. One white-tailed lizard can always be found on or near each shrine. The shrine can also be climbed to provide a nice view of the lands and to point Wander in the right direction.

Even though the game can be saved after defeating colossi, these shrines serve as a good stopping place for players who simply wish to explore the world for lizards and fruit trees without fighting.

There are 24 save shrines scattered across the lands (25 counting the Shrine of Worship). Each shrine is marked on the world map (as a green symbol) after Wander prayed there. Saving the game at a shrine reveals the name of the region on the save screen. The shrines and their names are listed here from top to bottom and left to right on the game's world map.

Not all save shrines face south, there are a few that face other directions.

To save at one of these shrines, stand in front of it and press

. Wander will kneel down and begin to pray, and it will be followed by the save menu. After one saves, Wander will stand back up, ready to continue his quest. In the PS4 remake, Wander simply kneels and stands up again, with no save prompt displayed. Whenever one loads the game file, it will show Wander resting in front of the shrine. It only takes one nudge of the analogue stick to wake him up.

Saving the game at all shrines will unlock the "Tower of Prayer" trophy in the PS3 version (renamed "Seeking Salvation" in the PS4 remake). 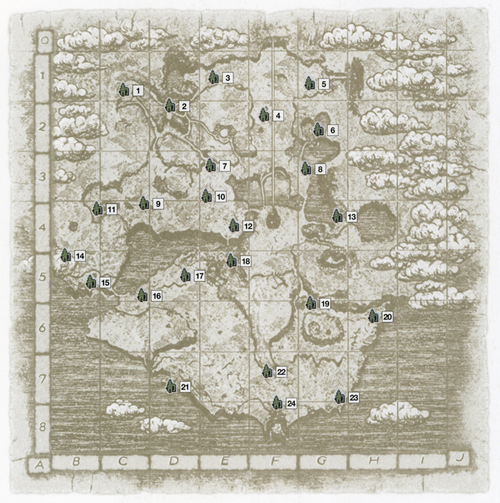 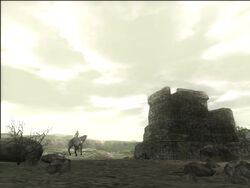 The structure speculated to have been an earlier save shrine in "B5". 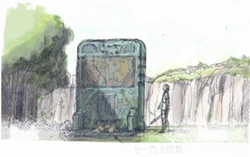 Concept art of a save stone from the Nico bonus DVD.