Ruins is the developer name given to the arena of the fourteenth colossus.

A city that looks as old as it is ruined. The surrounding area is separated by waterways, with tall columns standing in various places.

The arena is located on the northwest side of the Forbidden Lands, close to Umbral Glade, at quadrant C2. 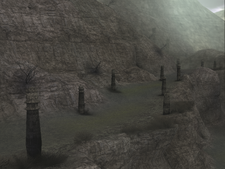 Pillars aligned by the entrance of the cave that leads to the Ruins. 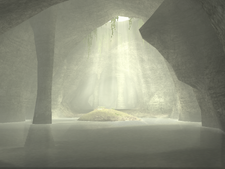 Strange lake with a mound in the middle of the cave. 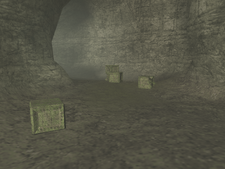 Scattered blocks in the cave. 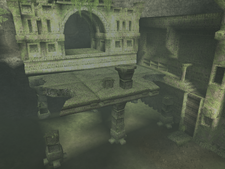 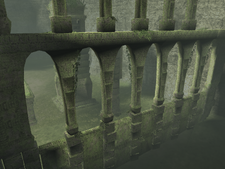 Wall which is destroyed near the end of the battle. 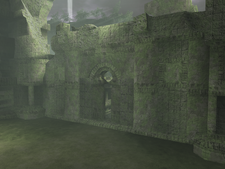 The gate leading to the channel. 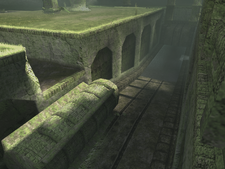 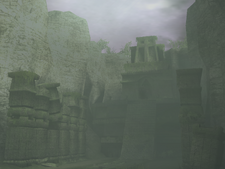 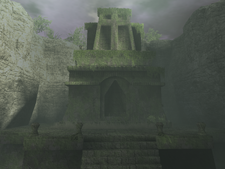 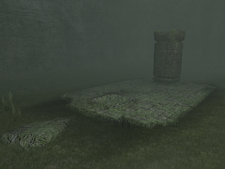 Lone pillar at the back of the arena. 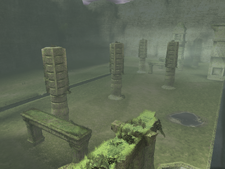 Line-up of towers and ruins leading to the end. 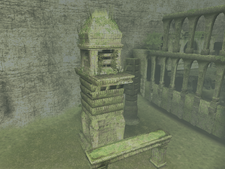 Big tower at the end of the arena. 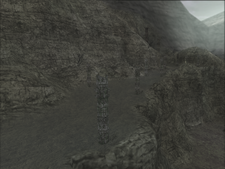 The early version of the pillars from PSU Preview. 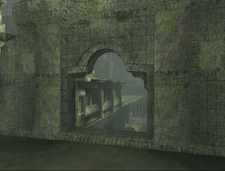 The gate leading to the channel in the E3 Demo version. Its width is much larger compared with the final version. 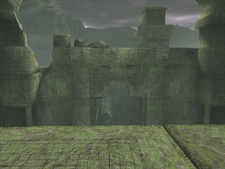 Block missing on the starting platform.

Comparison of the final Ruins with the shape of its slow texture, which shows an early version of its arena not found in any versions or pictures available.