The beautiful lake that stretches behind the waterfall is the stage for the battle. The lake is dotted with five platforms, three of which have roofs. The roofed platforms have many obstacles such as pillars and pedestals, which are useful for avoiding the attacks of the colossus.

The arena is located on the east on of the Forbidden Lands, near Misty Falls, at quadrant G2. 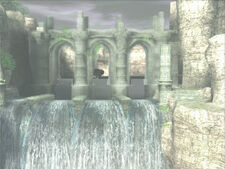 The entrance to Pelagia's lair. 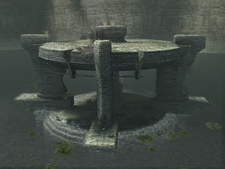 Platform used in the battle. 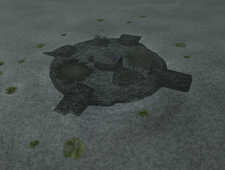 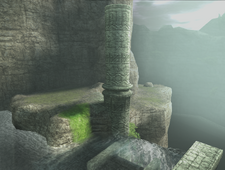 The other side of the waterfall. 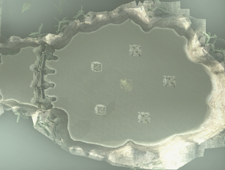 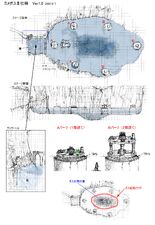