Start a Wiki
watch 01:25
Tips and Tricks: How to Defeat Phaedra in Shadow of the Colossus
Do you like this video?
Talk Page

Phaedra is the nickname given to the fourth colossus. This large, horse-like giant makes its home in a vibrant alcove dotted with a few ruins in quadrant G5 of the map.

Video - Phaedra (path to and battle with)

Phaedra is one of the easiest colossi to get to. Upon exiting the temple, the sword's light will point roughly southeast to an opening in the cliff walls. The canyon will eventually lead to a verdant alcove. Follow the cliffside path down and hold up the sword again in the sun to find the path to the colossus father east. Before reaching the colossus, ruins in the grass will be passed: four passages, linked together underground.

Agro is at Wander's side once more, but much like the battle with Quadratus, she is not a major component of the fight. (This is, however, the last time she will not be needed - the three other colossi she can make her way to will require her speed.) The conspicuous ruins seen earlier do indeed play a part in getting atop the colossus. Stand at the entrance of one of them, get Phaedra's attention by whistling (or with an arrow or two), and hide from its view when the colossus approaches the entrance. When it's close, head inside the ruins and go to one of the three other exits (preferably the one opposite the one entered, but any will do as long as Wander remains undetected). If done correctly, Phaedra will squat down and attempt to look inside the entrance it last saw Wander go in. Now Wander has a chance. There are two options here:

Image of Phaedra taken from the official artbook. 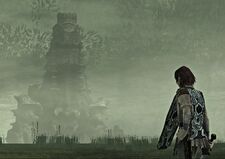 Wander and Phaedra in the distance.

Phaedra viewed from the front.

Phaedra leaning over, searching the ruins for Wander. 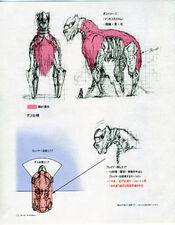 Development sketch of Phaedra taken from the official artbook. 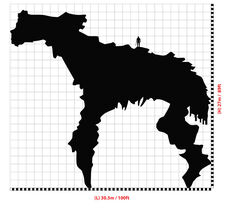 Phaedra in Reminiscence Mode as seen in the game's 2018 remake.

Black blood spraying from a wound in Phaedra's head.

Agro nearly trampled by Phaedra.
Add a photo to this gallery

Retrieved from "https://teamico.fandom.com/wiki/Phaedra?oldid=18294"
Community content is available under CC-BY-SA unless otherwise noted.