Parthenon is the developer name given to the arena of the 15th colossus.

A cobblestone plaza flanked by buildings on both sides. The huge structures are connected by three bridges, one of them broken. On the other side of the arena is a giant valley where the colossus climbs from.

The arena is located on the northeast side of the Forbidden Lands, inside the Desert Fortress, at quadrant G1. 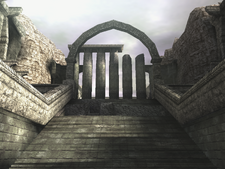 Stairs leading to the arena. 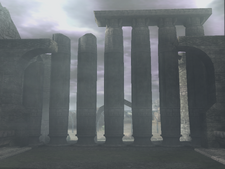 The columns by the entrance. 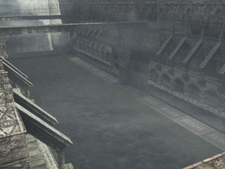 Overview of the Parthenon. 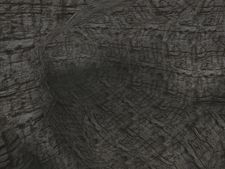 Massive hole at the bottom of the valley. 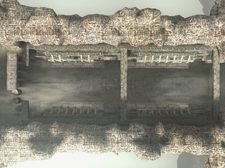 Top view of the Parthenon.

Concept art of the Parthenon from the PS4 remake.

Concept art of a different take on the Parthenon from the PS4 remake. 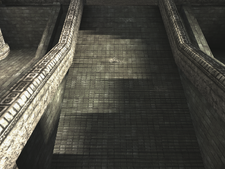 Parthenon's stairs, not broken unlike the final version. 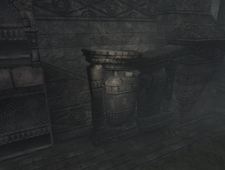 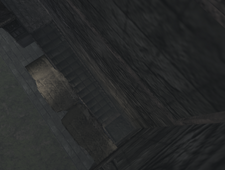 Stairs hidden behind the barricade. 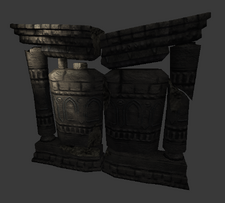 Model of the barricade, named "parthenon_entrance_p1". 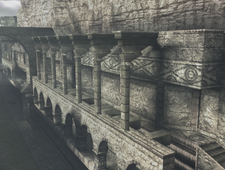 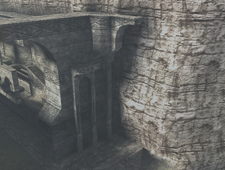 Extra structure at the end of the Parthenon. These are also seen near its entrance. 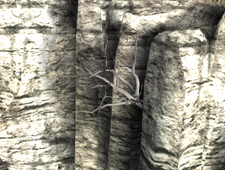 Untextured tree at the other side of the valley.

Image from the CG World magazine showing differences between a newer and older map. Parthenon can be seen in the top right of the picture on the right, being moved one quadrant to the left in the image on the left and replacing Dune. Bought by Shuu and sent to Nomad Colossus, who scanned it.