Team Ico Wiki
Register
Don't have an account?
Sign In
Advertisement
in: Other media, Shadow of the Colossus, Ico,
and 2 more

The DVD features the first-ever footage of Shadow of the Colossus, back when the game was simply called Nico (a combination of "ni", the Japanese word for two, and Ico). The trailer features several horned boys resembling Ico on horseback pursuing a colossus (whose design would eventually resemble Quadratus in the final game). The battle is hard-fought, but eventually one of the boys manages to climb atop the creature and defeat it. With the colossus dead, the group rides off into the horizon.

Front cover of a booklet that comes with the DVD. 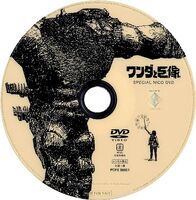 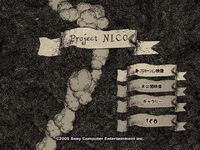