Monkey is a colossus that, for unknown reasons, did not make it into the final version of the game. It is one of two unused colossi, the other being Sirius, that doesn't have a different name given by fans; it's therefore called Monkey as the designers nicknamed it.

The artbook says, "It hung from the ceiling, and you'd defeat it by dropping it to the floor." That, coupled with early sketch designs, indicate that Monkey was fought in a cave-like area where it would hang onto stalactites. It is likely that Monkey would either attack the player by letting stalactites fall, or by dropping itself atop the player. There is also the possibility that Wander had to shoot the stalactites Monkey was hanging onto to make it drop.

In the screenshot of Monkey, it's shown hanging using its two limbs. In early sketches, the colossus is seen holding onto stalactites with one, two, and four limb(s).

Monkey differs from other unused Colossi in that the coordinates for his location are plainly shown in one of the artbook's images, as illustrated in the gallery below. The coordinates can potentially point to two different locations in the game's map; Dirge's cave at B4 and/or the I3 map square in the preview version, just behind the Beta Dam.[1]

At one point, it was widely believed that I3 must have been Monkey's lair, since B4's cave already had Dirge in it and the Preview version seemed to point to the existence of a cavernous structure in the I3 quadrant. However, further analysis revealed that I3 was actually just a flat plain, and that it had in fact been the old arena for Basaran during the game's development, effectively refuting the Monkey theory.[2]

Adversely, Dormin's entry for Dirge in the Preview version of Shadow of the Colossus read as; "An isolated sand dune... It's tracks are well hidden... Along with its friend, it shakes the earth", which suggested that there was once another Colossus to be fought alongside Dirge in its cave. Since the only other contender for Monkey's coordinates was B4, Dirge's lair, this strongly reinforced the idea that it once lived in there alongside Dirge. 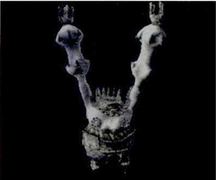 A picture of Monkey. 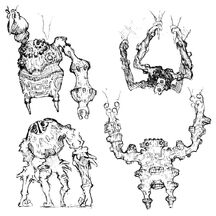 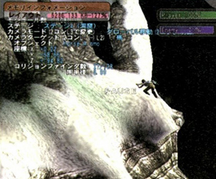 A test shot of Wander holding onto Monkey.
Add a photo to this gallery

Retrieved from "https://teamico.fandom.com/wiki/Monkey?oldid=18726"
Community content is available under CC-BY-SA unless otherwise noted.