The battle takes place at the bottom of a canyon in the desert, in an altar-like area with flickering bonfires and a view of a drying lake.

The arena is located at the north of the Forbidden Lands, close to Northern Span, Dried Marsh and Desert Fortress, at quadrant F1. 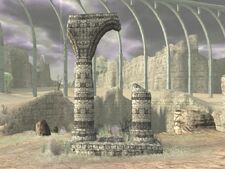 Broken structure at the entrance of the arena. Picture by Nomad Colossus. 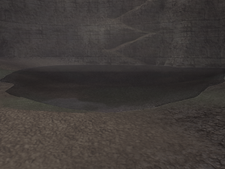 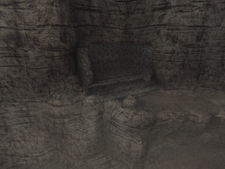 Strange structure not important to the fight. 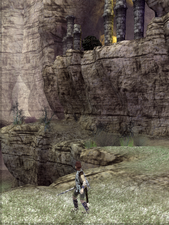 Looking up to Celosia's altar. 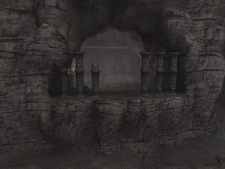 Cliff edge of the altar. 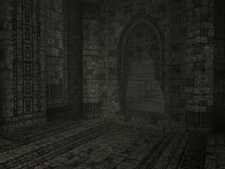 The broken wall that leads to the inside of the cave. 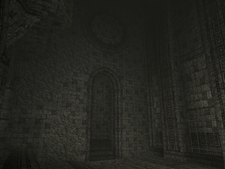 The mysterious door-like design on the back wall. 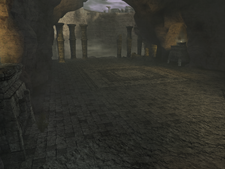 The altar in the cave. 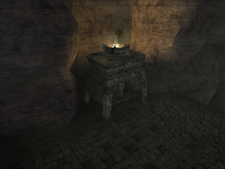 One of the flame pedestals. 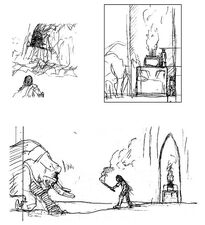 Concept art of the fight on the altar. 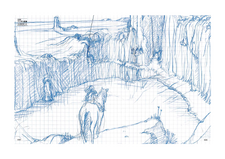 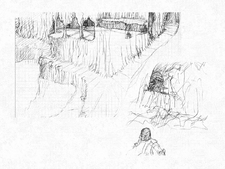 Sketch of Leo's Cave from the Nico bonus DVD.