Labyrinth is the developer name given to the unused arena of the early version of Malus, when it was still called 'Buddha' and was not the final boss.

Labyrinth was set in an open area which once housed a city now in ruins, with Buddha standing at its center. The arena also featured multiple entrances around it that led to underground paths that connected to several others, forming a network of complex tunnels in the likeness of a labyrinth, which is likely where it gets its name from.

A sketch from the Ico and Shadow of the Colossus PS3 booklet is described by Ueda as "an image of it (Buddha) standing alone in a place where a city once stood".

The textures, besides suggesting that it was located somewhere along the southern half of the Forbidden Lands, also match with the textures from the leftover models of J7 and I8. Both of these quadrants appear to have been connected in the past, with "I7" being in the center of them. Buddha appears to have lived in I7 when the southeastern area of the map was larger. 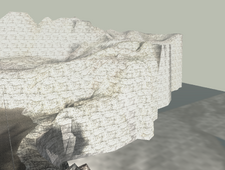 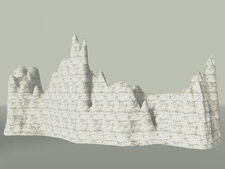 Leftover model of I8. 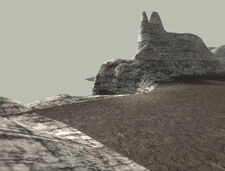 Another angle of I8, showing the ground. 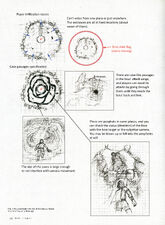 Translated sketch of Labyrinth, showing how several aspects of the battle worked. 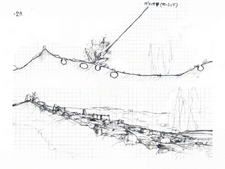 Sketch of the Labyrinth from the Nico bonus DVD. The above sketch is a cross-sectional view of the one below.

Comparison between the texture used on the Avion structures and the Buddha stage texture.