A green land surrounded by cliffs. The arena has four hill-like graves, with stairs that lead to the basement. The basement is connected by a narrow passageway, and you can move to any of the stairs. At the back of the arena there is a platform in which Phaedra sits on when first finding it.

The arena is located at the center of the Forbidden Lands, southeast of the Shrine of Worship, at quadrant G5. 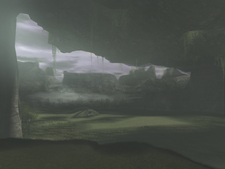 View of the hill by the entrance. 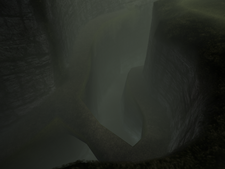 The pit by the entrance of the arena. 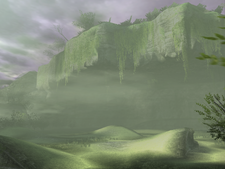 Cave overhang by the entrance. 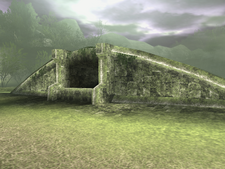 One of the entrances to the underground tunnels. 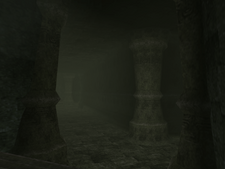 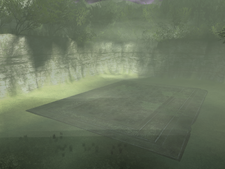 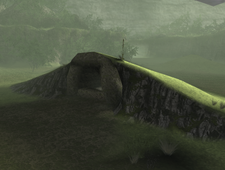 The entrance to the basement in the E3 Demo version. 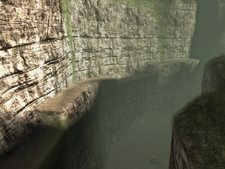 Picture of the entrance hole from the E3 Demo. Note that the lighting is different, as the final version of this area was dark.

The ending model of Kirin's Hill in the E3 Demo version. Shows a part of an early version of the arena, before it was flipped horizontally.

Old version of the arena.

Footage of the old version of the arena. 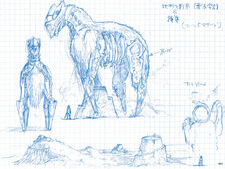 Concept sketch of Phaedra showing the older versions of the hills from the Ico & Sotc PS3 art booklet. 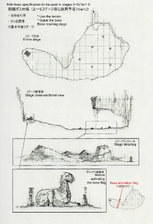