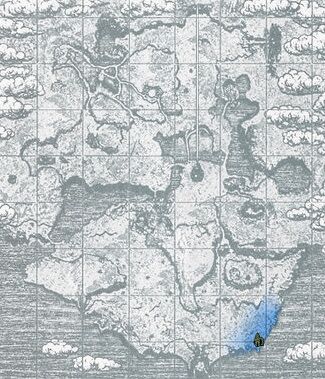 The Green Cape is a moderately small area in the far southeastern Forbidden Lands on the eastern side of the Southern Plain. The area's shrine borders quadrants G7 and G8, though it is listed here as being in the former.

The lands here are mostly flat, but there are a lot of fruit trees and white-tailed lizards to be found along the cliffside.

This area contains the stonehenge-like monument that was meant to be used in the fight against Sirius, one of the unused colossi. 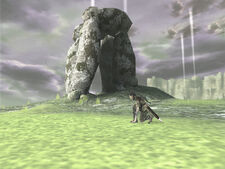 The stone monument that had to be used in the fight with Sirius. 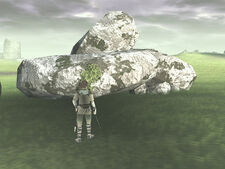 Broken stonehenge rocks can be seen all over G7 in the released version of the game. 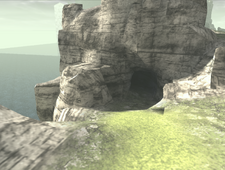 Cave in the E3 Demo version of the game, found by SpaceOmega. 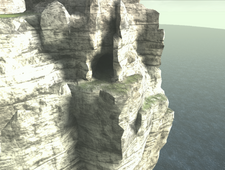 Other side of the E3 Demo cave. 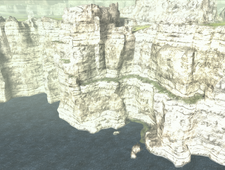 Beach-like area and path only existing in the E3 Demo version.