Doves are small white birds that are usually thought to bring happiness and love. For those reasons, they are commonly released at weddings. They are also considered a symbol of peace, purity and innocence.

In Shadow of the Colossus, doves surround Mono. This is, perhaps, to symbolize her purity and being at rest. They may also have plot-related functions; as each colossus is felled, another bright white dove appears at Mono's altar, matching the number of defeated colossi. This also matches the number of black shadows that appear around Wander's body and the pillars of light in the sky, leading to much fan speculation on their purpose and meaning. These doves are absent from the ending until the final scene in the garden where everything returns to peace. This may tie back to their use as a symbol of tranquility.

They don't do anything to harm Wander, and he can even take a brief flight on one of their wings if he catches one before it flies out of reach. Some doves live in the Forbidden Lands, usually collecting around water. They are easily spooked.

Doves are also seen in some areas of the castle in Ico. If the player remains in the same place without doing something important (fighting, solving puzzles), Yorda might chase them for fun. The doves serve no function except for creating atmosphere.

In The Last Guardian, many white birds the size and build of doves are seen flying everywhere, both in the immediate vicinity and in the distance of the Valley's ruins. If they fly close to Trico, he may become distracted and stare at them as they circle about the area. In the game's ending, massive flocks rise out of the trees in unison when the Tower begins to transmit signals, making for an ominous moment. 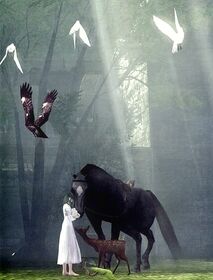 A few doves seen in the secret garden in Shadow of the Colossus. 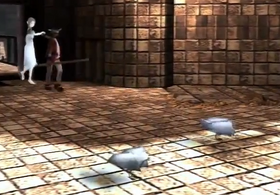 Two doves seen in the castle in Ico. 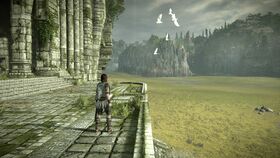 Wander watching as doves fly out of the Shrine of Worship. 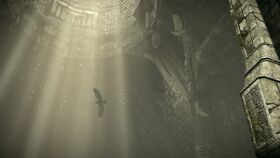 Doves flying around the altar within the Shrine of Worship. 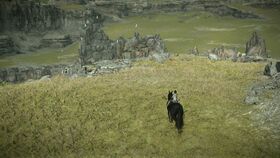 Doves flying in the Forbidden Lands.
Add a photo to this gallery

Retrieved from "https://teamico.fandom.com/wiki/Doves?oldid=18342"
Community content is available under CC-BY-SA unless otherwise noted.