1 major (back)
Devil is one of the many colossi that were not used in the game.

Devil is a small colossus ranging from 4 to 5 meters of height. Its head is likely based on tribal masks, and seems to be a combination of the heads from its concept art; the overall shape of it being from the taller sketch, and its face being from the smaller one. Its wings are like those of a bat.

The artbook says, "It was the smallest colossus. You'd defeat it by menacing it with your bow, then drawing closer while hiding in the grass and attacking from behind. I imagined the battle with Devil to be fierce. You'd hide in the grass and jump on its back."

Of the information available in the artbook and PS3 sheet data, it's possible that the colossus would fly all over the arena until you menace it with your bow, forcing it to come down where Wander could have a slight chance of fighting it. After that, you would have to hide from it in the grass, and possibly behind the various pillars and ruins scattered around, jumping on its back by surprise while it is still searching for you.

Devil was fought at D2, named 'Devil's Plain', located next to Stone Arch Gorge. A large amount of evidence was found, including texture matches (with some being exclusive for these two areas), identical chip data and much more.[1]

It was originally speculated to be fought at H2, near the Beta Dam, but it has since been debunked. 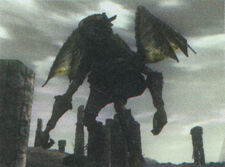 Image of Devil standing still. Note that Wander is standing a lot farther in the background, and not near Devil. 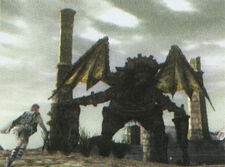 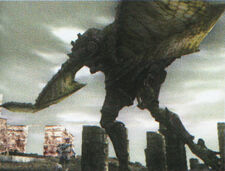 Another image of Wander and Devil. 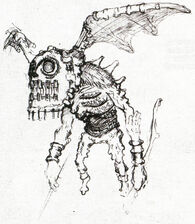 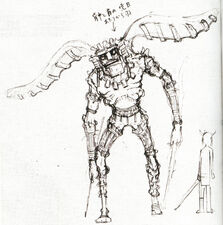 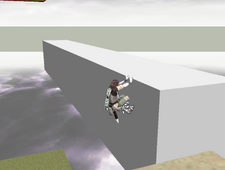 Devil's textures, most of them are not in any versions available