Desert is the developer name given to the arena of the thirteenth colossus.

The battle takes place in the vast desert. Although there are rocky mountains and obstacles, such as ringed structures very similar to some seen in Ico, they hardly get in the way as you ride Agro and chase the colossus.

The arena is located on the south of the Forbidden Lands, close to Barba's Canossa and the Blasted Lands, at quadrant E6. 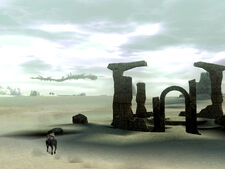 Wide shot of the desert. 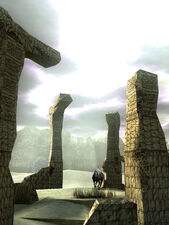 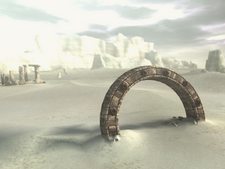 One of the ringed structures. 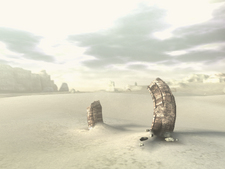 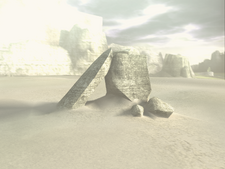