Canyon is the developer name given to the arena of the fifth colossus.

The battle is fought in a foggy lake. The lake is dotted with platforms, ruins and a giant pillar where the colossus lands on at the beginning of the battle.

The arena is located on the east side of the Forbidden Lands, next to Cliff Path, at quadrant H4.

The entrance to Avion's arena.

Wide view of the canyon. Picture by JK. 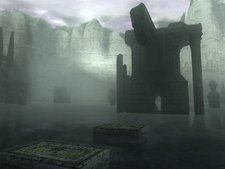 The platforms that Wander need to stand on to attract the colossus. 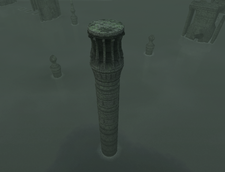 The pillar in which Avion rests on. 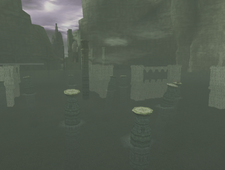 The pillar-like structures only encountered in the E3 Demo version.

Clear picture of the pillars. 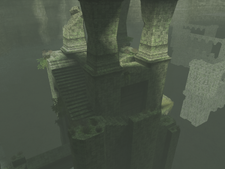 The tower by the entrance of Canyon in the E3 Demo version. Note that the stairs are intact, granting Wander access to the upper floor. 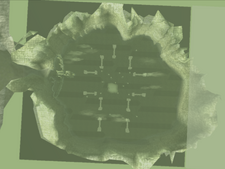 Top view of the Canyon from the E3 Demo version. Same shape as the final one, except for the different structures. 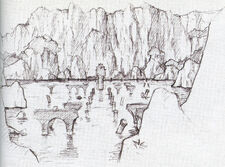 Concept art of the Canyon. 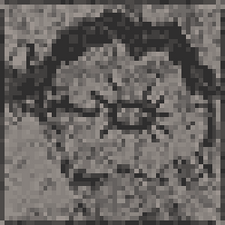 The Canyon from the early version of the pause menu map.